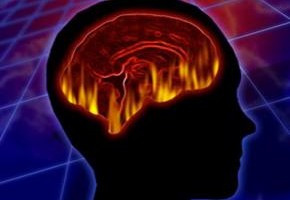 Aspartame, and its aliases, NutraSweet, Equal, Spoonful and now AminoSweet, are found in products like Diet Coke/Pepsi, diet/ sugar free beverages including diet shakes, chewing gum, Jello, yogurt, cookies, candy, and the rest of the SIX THOUSAND products on the market today.  But did you know that aspartame is a known artificial neuro-toxic chemical that is not just bad for you it could potentially be deadly? Don’t believe me? Are the Herbalista’s blowing things out of proportion? I am afraid not. That is why aspartame is positioned Number 1 as the world’s most dangerous nutrition vampire, on The Food Tree’s Top Ten List of Nutrition Vampires.

Says Dr. Janet Starr of www.sweetpoison.com, “Aspartame is to blame for the over 92 different side effects associated with this chemical. Aspartame is a dangerous food additive, and its use during pregnancy and by children is one of the greatest modern tragedies of all.”

Aspartame is a brain neurotoxin and exito-toxin made up of synthetic chemicals consisting of two amino acids; phenylalanine and aspartic acid. These isolated amino acids, never found alone in nature, over excite neurons in the brain causing cell death.  Aspartame is particularly damaging to children, the elderly, pregnant women and their fetus, and people diagnosed with autoimmune diseases especially Rheumatoid Arthritis, fibromyalgia, Graves disease, diabetes hormone problems, AIDS, epilepsy, and a host of other neuro-endocrine conditions and diseases because it destroys the nervous system.  Drinking and eating this poison clearly promotes or exacerbates serious health conditions but of course can be avoided! Perhaps it is best to rule out aspartame as a culprit behind people suffering from neurological problems before taking unnecessary pills or going under the knife.

Chronic illnesses can also be triggered or worsened by ingesting of aspartame according to researchers and physicians who study the adverse effects. Brain tumors, multiple sclerosis, epilepsy, chronic fatigue syndrome, parkinson’s disease, alzheimer’s, mental retardation, lymphoma, birth defects, fibromyalgia, and diabetes are conditions that have been linked to aspartame use. And because of it’s wide range of health complaints, Doctors often misdiagnose aspartame toxicity for the below:

Aspartame breaks down into Formaldehyde

Methyl ester is the third element in aspartame that breaks down into methanol, or wood alcohol. If, or when the temperature of aspartame exceeds 86 degrees F, wood alcohol degrades into toxic formaldehyde. Because of the severity of methanol toxicity it mimics very serious diseases like multiple sclerosis and those listed above.

Even if you don’t have a serious or recurring health situation, please don’t be fooled into believing that these poison laced products are good for weight loss or weight control because in fact the opposite is true.

How many of you are not convinced yet that ASPARTAME isn’t all that bad? Ok, if you raised your hand put the diet coke down and step away from the table. We are going to have an online intervention right here right now so you are never again tricked.  The corporate elite duped you into thinking that this can of diet coke is your friend and there to help you keep slender- but it is not- they are lying to you while you are being poisoned.

Metabolically, the sweet taste of aspartame hits your tongue sending messages to start digesting the incoming food but… wait for it… wait for it, the stomach receives no such food, just the artificial chemicals posing as food however your body non the less kicks into digestion mode causing insulin sensitivity, stress in the system, spiked cortisol, blood sugar imbalance and whoosh you begin the sugar craving stress eating cycle again. With regular intake of aspartame, this pattern keeps blood sugar levels perpetually out of control often doubling your risk of obesity.

“Nutrasweet (Aspartame) has been scientifically linked to brain tumors, brain cell damage and neurological conditions such as Alzheimer’s and Parkinson’s disease.” According to Dr. Blaylock. “We are witnessing enormous damage to the brain and nervous system due to the ever-increasing amount of Nutrasweet and other excitotoxic subtances added to our foods.”

A study in the European Journal of Oncology, (vol.10, n. 2, pp. 00-00, 2005) found “Aspartame induces lymphomas and leukaemias in rats”. Scientists are quick to sound the alarm on reducing permissible exposure due to potential health risk, especially to protect children. That’s great but things really haven’t changed much in our world in the last 5 years regarding regulations on this toxin.

Are you concerned you may have Aspartame Poisoning or want to make sure you are clearing it out of your system? Try an Online Hair Analysis at http://www.hairanalysisprogram.com/.

Finally, who introduced this devilish concoction? Take a guess… the worlds most evil of all corporations, Monsanto. This beast released aspartame for public use in 1981 to treat peptic ulcers and thereafter the FDA deemed it as generally safe for consumption. Always follow the money and do the research.

But the choice is yours! For a great sweet alternative try the healthy herb, Stevia.