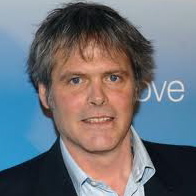 Jill recently caught up with “real life pirate” Charles Hambleton, producer of the Academy Award winning film, The Cove, in an Eco-Herbalista interview exclusive! If you haven’t already seen it, we highly recommend you rent or Netflix this important film. It is inspiring, heartbreaking and will most likely cause you to care a huge amount more about the precious things in our world. Charles calls The Cove “a the microcosm of our society” and we know just what he means.

The Cove is a story of renowned dolphin trainer Ric O’Barry and his quest for redemption along with a group of soul mate activists, as they infiltrate a cove near Taijii, Japan, to expose both a shocking instance of animal abuse and a serious threat to human health.

Charles shares with us his first hand experiences of filming in Japan, his nightmarish observations on the front line at the Gulf Oill spill in 2010 and his practical ways to radically improve the conditions on our planet.

Through the story telling in films such as these, and through individual and collective activism, more voices will be heard.

Thanks so much Charles for your amazing work and for spending time with us!!